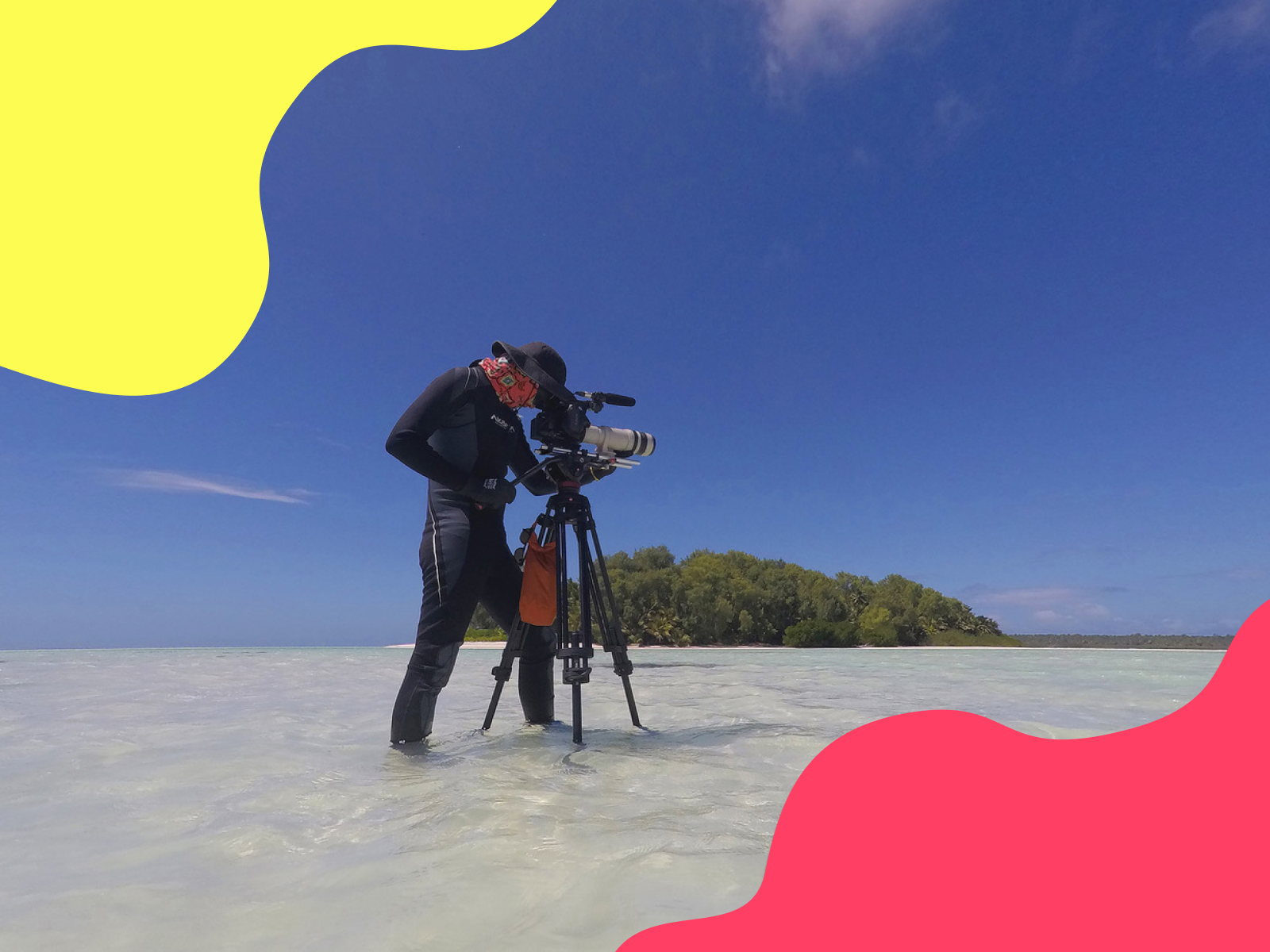 When Nick told us he was renting a DJI drone to film seal pups for The One Show, we asked him to shed some light on his life as a wildlife filmmaker. Nick’s based in Bristol (known in the industry as the “Green Hollywood”) and specialises in underwater and drone cinematography.

What drew you into natural history filmmaking?

It was actually down to my grandmother, who ran (and still runs) an Oiled Bird Rescue Centre in Pembrokeshire. There were quite a few oil spills around the time I was growing up and she was dealing with oiled birds and other human-inflicted problems. Seeing the devastation and the effect on wildlife at quite a young age sparked an interest and it all came from there, really. (See an interview with Nick’s grandmother below.)

I started diving at the age of 13. Then, quite a few years later, having worked as a graphic designer for a few years in London, I went on to work on conservation projects for Save Our Seas Foundation.

Nature documentaries have helped bring sustainability to the top of the national agenda this year. What’s your personal experience of the effects of climate change?

When I was working with Save Our Seas, I noticed the decline in a number of shark populations in the Seychelles: black-tipped, white-tipped, nurse, lemon and hammerhead. The general feeling that I got from being in those places was one of slow decline.

Traditionally, climate change wasn’t a very popular topic in natural history programmes; people often don’t want to focus on the more depressing side of things, they want to spark interest in people by showing the beauty of things. I think it’s a fine line between preaching to people and making people aware. But it’s now becoming more relevant and needs to be pushed more. I definitely welcome the growing trend for conservation messages in wildlife tv shows but more needs to be done.

What do you think of how we’re responding to the problem?

It’s never been more urgent. These issues have always been here but now is the time for urgency. We’ve basically got a twelve year bracket where we can stop the temperature rise above the 1.5° threshold. Past that, we’ll be past the point of no return – we’ll see mass extinctions of a lot of species.

Tell us about your recent drone rental

I rented a DJI Phantom 4 drone to shoot seals in Scotland for The One Show. We were shooting around Dunvegan, off the East coast of Skye, at the time when common seal pups were being born.

We’re excited about the environmental impact of peer-to-peer renting. Is it something you’ve considered?

Yeah, by renting, you’re decreasing the need to buy more equipment. A lot of people, myself included, have a lot of equipment which isn’t being used which is just sat there all of the time. If you can share it whilst it’s not being used, it cuts down on the whole production cycle. Let’s put a stop our dependance on plastic, fossil fuels, animal agriculture and rent more.

To learn more about the environmental impact of peer-to-peer rentals, click here.