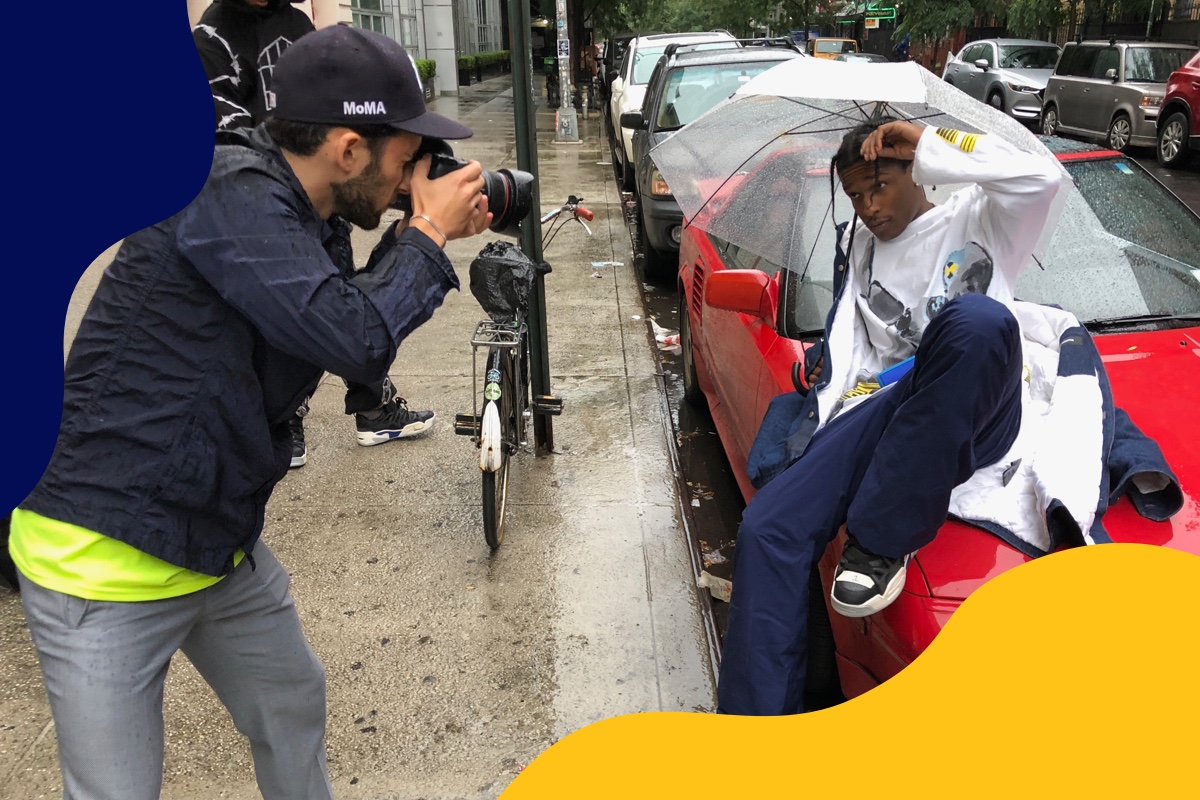 You’re a professional photographer and a photo editor for GQ — how did you get your big break?

By shooting parties. I shoot this party called On Top that’s run by a woman called Susanne Bartsch, who’s been a professional party planner and event-thrower for 40 something years. She’s next level, a legend. I was friends with her son, and I picked up on what was going on and thought, just as instinct: I need to be there. I don’t know what it’ll lead to, but I need to be there, with a camera, doing that.

How do you capture these parties?

Capturing people is difficult in general — it’s always going to be subjective — and it’s even more difficult when they’re dressed up in these really elaborate, beautiful costumes. For me, it’s less about the person in the photograph and more about how they’re choosing to represent themselves to the camera. It’s about finding interesting people in dark spaces and trying to highlight them, just for a moment.

There’s this one shot of someone standing there wearing a large red… thing. I don’t even know what it is. And there’s person to the right of them with a red crown on their head, looking away. I love that shot. It’s about voguing, it’s about costume and disguise, it’s about the worlds these people create. That’s what makes New York City one of the most interesting places on earth. You’re not going to find yourself in many other places in the world where you’re at the top of a hotel, in a pool, and someone’s there dressed as a sailor with a giant fake octopus glued to a costume that he’s spent a week sewing himself.

Where does your love for the party scene come from?

In 2018 we’re in front of cameras so often – usually our own cameras. We’re in control of how we show ourselves, like finding good lighting or using an up angle instead a down angle. So I think it’s always exciting when someone can stand outside of that and hold themselves in a way that doesn’t have a mirror in front of them, you know? Like the people at these parties who are throwing their heads back, contorting their arms – whether it’s practised or something that just comes out of them, it feels real. And I think that’s something that a lot of photographers are looking for nowadays.

Tell us about shooting ASAP Rocky.

That shoot was a big one, because he was a huge inspiration for me growing up. He was with all his people when I shot him, and it was a bit more difficult to establish a rapport with him. But in the end I think I was able to create an energy from our similar taste in music. There’s a shot from that shoot of him recreating the Beatles’ Abbey Road cover with Public Housing Skate team, this group of young guys from the South Bronx who want to reenergise skateboarding culture. I love that shot because it’s about a group of people, an entourage, it’s about what I think is cool and exciting in 2018. And there’s a conversation there of ASAP Rocky, a young black guy from Harlem, stepping into the Beatles’ role, playing a bit with that iconography.  I was really happy that shot came off.

Check our more of Matteo’s work on his site and on his Insta.