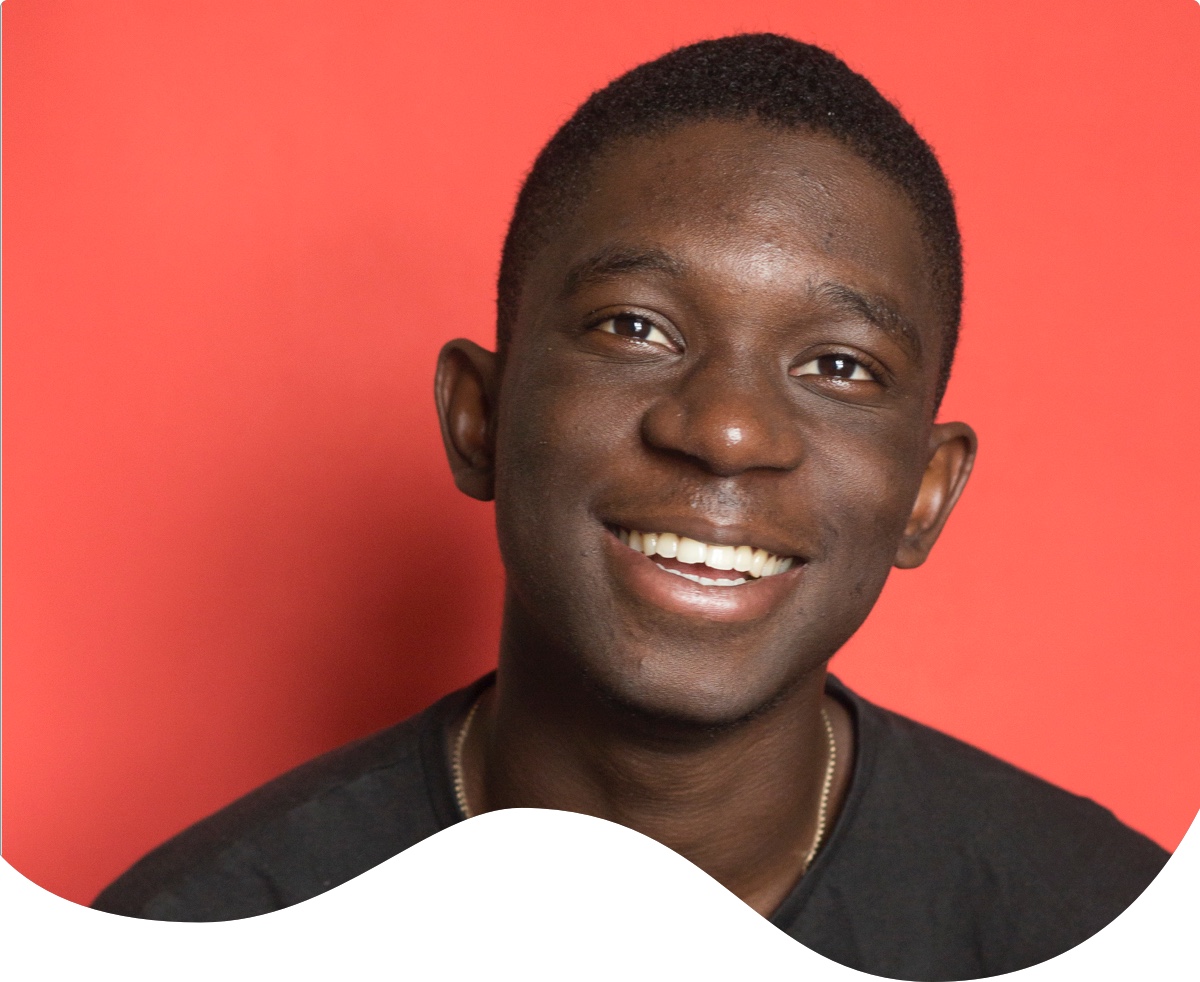 Although he’s got a degree in graphic design, Kirtis Clarke wouldn’t call himself a graphic designer; and although he’s had his artwork exhibited in galleries, he wouldn’t say he’s an artist either. “I just like to vaguely define myself as a creative,” he laughs.

So, how did you become a creative?

When I was doing my A Levels I applied for a competition at the Design Museum, and I got shortlisted to the final 13 of 2000 applications from around the country. After that I started applying for every competition I saw, and my portfolio just grew from there.

In Year 13 I had an exhibition under the OXO tower called “Jamaican Hidden Histories,” which was again something I just saw and then applied for. So I’d say if you see anything you wanna do, just do it — never think you’re not good enough for it.

Tell us about your comfort exhibition.

It came from a project I did at uni which culminated in making this see-through plastic suit. It was looking at security in 2 ways – physical (the primary need to cover yourself) and mental (how we wear certain fashions to feel more secure). So I basically squished those two concepts together. That led me to think about what someone’s comfort “collection” would contain. So maybe it’s a cup of tea – which makes you feel warm physically, and the mug also has a sentimental value psychologically.

I had 10 objects in total, given to me by friends, family and colleagues, that I displayed on plinths in the space. The objects rotated over the course of 3 weeks, and so the space changed, which changed people’s responses the piece.

Tell us about your gallery’s youth outreach programme.

Our mission is to give young people a platform, to use our resources to get their message out. We’re trying to break down that status quo of an “artist” being someone who’s had loads of exhibitions — because art is just about expressing yourself. Even with myself, there were times when I was younger when I wouldn’t even start something because I thought it wouldn’t be good enough measured up against this imaginary “artist” figure.

That’s why we go in to schools and do workshops — from 2-hour messy, mad things to these really ambitious 6-week courses.

Why is outreach important?

When I go in to schools — as a young black boy, who the kids wouldn’t necessarily associate with the Arnolfini gallery — just seeing me really does break down barriers. So during one workshop there was a student who seemed completely unengaged, but at the end of the class he came up to me and asked if I could take a look at his portfolio. He said he felt like none of his teachers were listening to him, and his family were really opposed to the whole art thing. I understood how he felt — I had exactly the same experience growing up.

And that’s why it’s so important there are more people in the arts who come from my background; so we can go into schools and say, “this is a viable option for you – don’t give up.”

Catch Kirtis on Twitter here, and here on Insta.