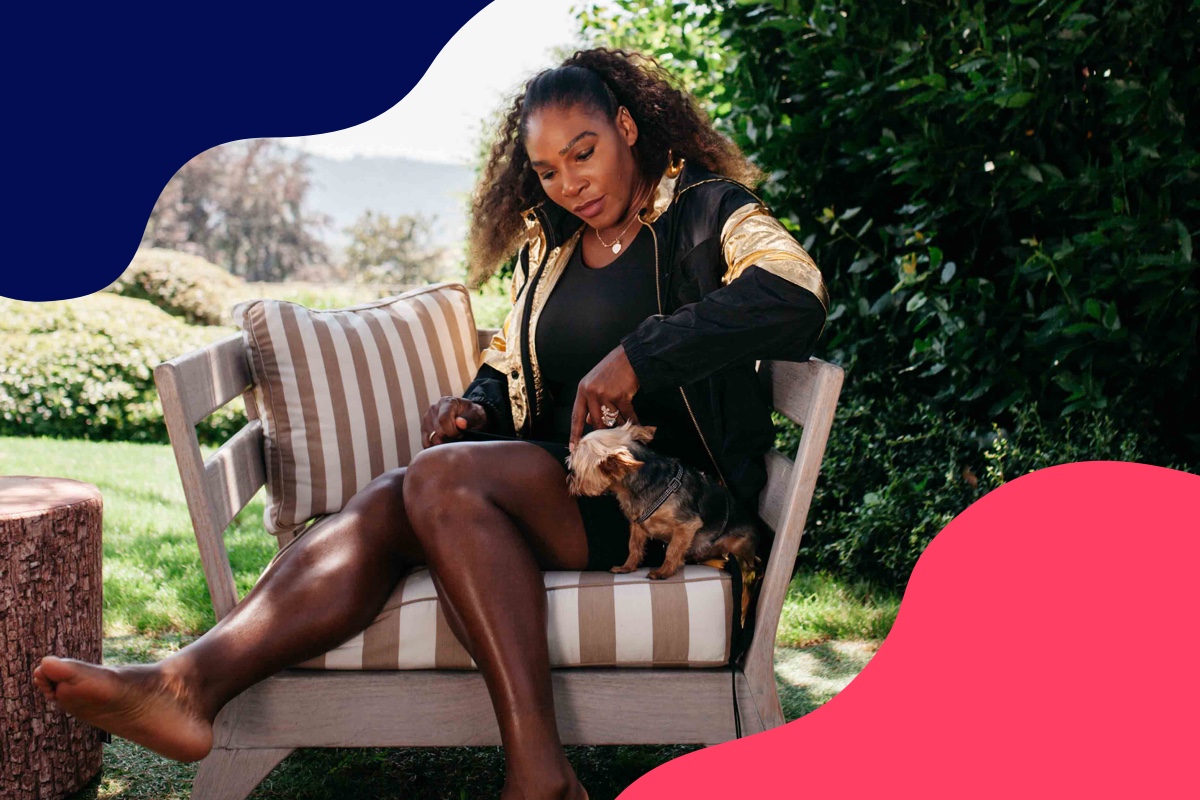 We’ve heard whisperings of gear rented through Fat Llama ending up in all sorts of interesting places (a guitar in a Rick Astley music video; an Xbox played by Chris Hemsworth in an ad), but we’ve never corroborated any of the rumours, until now. Director Charlie Rose spoke to us about how he captured an intimate portrait of Serena Williams, as well as his latest project — documenting poaching in sub-Saharan Africa.

What did you hire from Fat Llama, and what was it for?

I was photographing Serena Williams — candid photos of her and her family — and we were doing a bit of video round the side with the GIF camera I rented.

She’d just lost Wimbledon, and she was in a hotel in Italy – the point was to capture what it’s like for her to decompress after these massively pressurised games. She’s obviously got a real process for it.

For this kind of thing, you only get about 45 minutes with them, it’s all quite hectic. So you’re trying to make it not feel like a chore — she is on holiday, after all. I just let her lead it and feel like she’s doing what she wants, and try not to get in the way.

She was so great, she’s just got such presence. You feel like you’re around someone who has sort of left the planet and is now a superstar.

I’ve just shot a film telling the story of the poaching crisis in sub-Saharan Africa from the point of view of the rangers, the local people and the poachers themselves. That social story is something that’s not usually focused on — people can get much more engaged in conservation if it’s a human story that’s being told, rather than just more images of animals looking pretty.

Did you have any close shaves while you were out there?

Not with people — people were friendlier than you could ever, ever imagine. I think we got a loaf of bread nicked once, and then they put it back when we complained.

But we did have a few close shaves with the wildlife — they’re used to cars and people, but not the bikes that we were travelling on. So we got charged by an elephant in Botswana, and we had a lion crossing the road in front of us — but during the day, and they don’t really hunt during the day. So nothing that should put anyone else off doing a similar thing! Did it give you sympathy for poachers?

I don’t want to simplify it too much, but yeah – you definitely sympathise with the fact that these can be people in really desperate situations, and that poaching is something you can get sucked into; the equivalent of guy in London getting pulled into a gang and having to do errands or whatever. It’s quite complex. There’s a big difference between being a professional poacher and someone who’s just desperate.

What did you learn from the experience?

If people say, as they will, that you can’t do something, or if there are roadblocks that get in your way, you’ve just got to believe in the project and think outside the box. Cycling was a problem-solving way of getting around, but it ended up making the project much better — and a lifechanging experience.