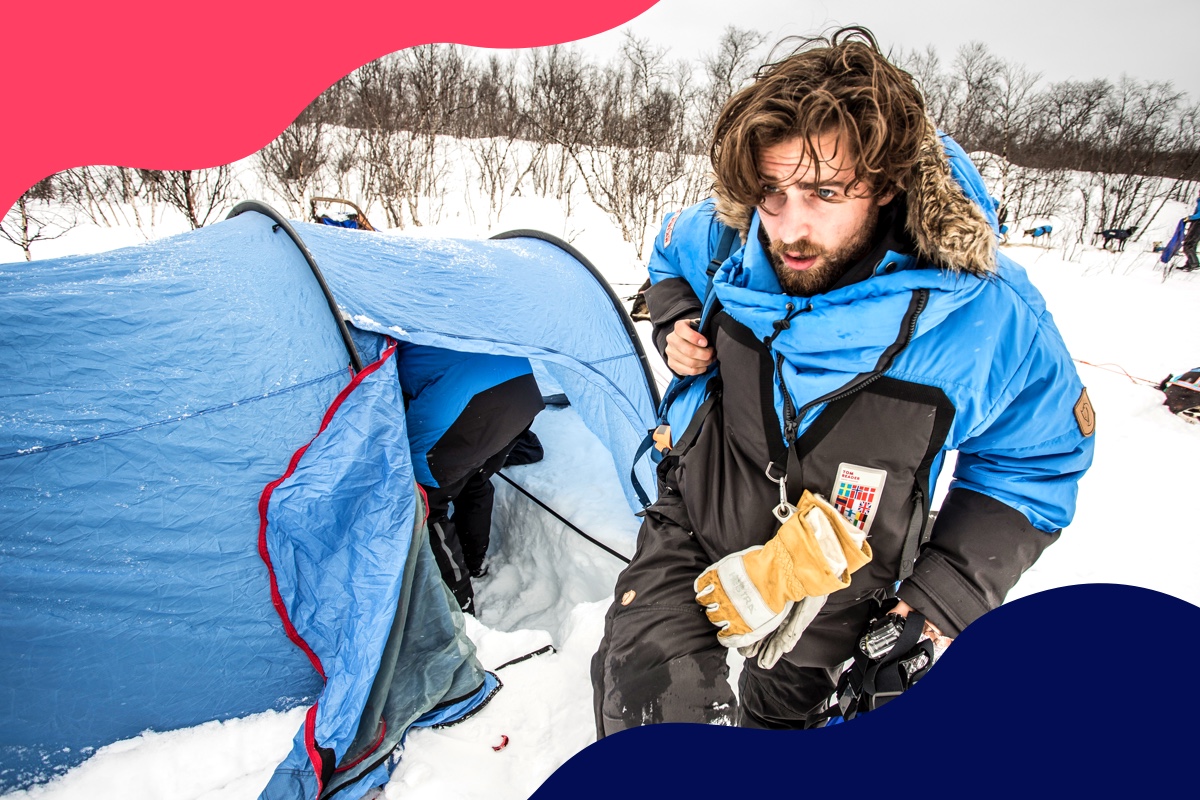 Tom Reader has never skydived before, but will be a licenced jumper by the end of the month. He’s taking part in an intensive skydiving course, jumping again and again every day from 9 to 5 — and he’s filming the whole ordeal for his YouTube channel.

Are you doing this because you want to, or for the content? Why?!

My girlfriend has asked the same question. There’s no point to it apart from the intuitive feeling that I should do it.

So what it is that you do exactly?

How did you realise that this is something you wanted to do?

Over its lifetime YouTube has morphed and changed into many different things, but there was this period of time about 5 years ago when it was encouraging anyone with a passion and a camera to make content — and I was exactly that guy. I just needed the confidence to stand in front of the camera and take it to the next level, which is how it all happened.

Is there anyone in particular who inspired you? A YouTuber from back in the day?

I try not to look at other YouTubers who I feel or hear do similar things, although people always say, “oh, you kind of do what Casey does.”  Obviously I’m aware of the big guys, but I don’t want to seem like I’m copying them.

Have you ever come close to throwing the towel in?

Every week. Sometimes you just think: why am I spending this time editing a video I’m not getting paid for, that maybe people won’t see, or even like? Then I think well, what else am I going to do? I’ve kind of got into the habit of it now! What’s the best advice you’ve been given about YouTube?

I can’t think of any advice I’ve received about YouTube or making a channel or anything: because no one knows. Anyone who says they’re an expert is lying. There’s no roadmap for it, so I wouldn’t suggest taking advice.

That being said, I’d say: just go for it. Just go for it and make it fun for you, and do what you want to do. That’s what I’m doing with my videos — I’m telling the stories I want to tell, because I can’t see them elsewhere.

How has Fat Llama helped you?

It’s super cheap, and more pain-free than going through traditional rental houses that have existed for decades and have massive hoops to jump through. So you can get a professional set up for a very reasonable price in short period of time.

GO AND SUBSCRIBE. I DON’T CARE IF YOU WATCH THE VIDEO, JUST HIT THE SUB BUTTON. But no, seriously, check out the channel. That’d be great.