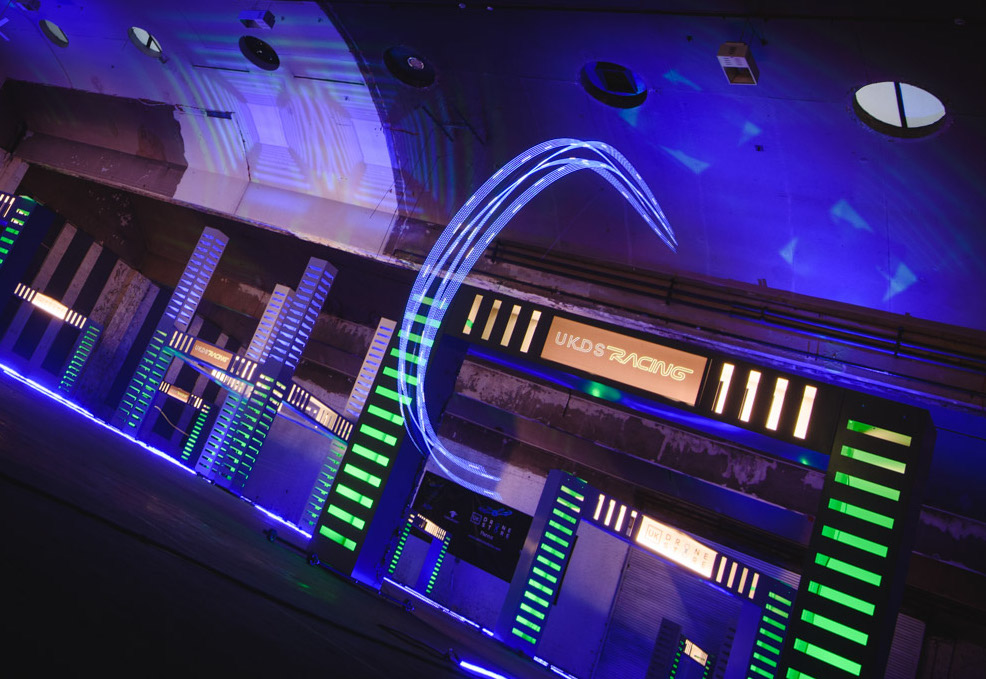 As of March 2017, drone racers across the country have a new home for their sport: a 25,000 sq. ft circuit in Nottingham. UKDS Racing, as the arena will be known, hopes to attract a new generation of drone racers and provide a platform to educate children and adults in the sport. Its boss, Sam Shaw, has grand ambitions: “I want to make drone racing like football,” where “you’ve got an arena or stadium in each city.” He also spoke to the BBC of its potential draw on the television in future years.

The arena has received £100k worth of investment and will eventually be comprised of both a beginner’s zone and the main race arena for pro pilots. The space will also cater for audiences of up to 750, and it’s already created 8 jobs for local drone enthusiasts.

If you’re not entirely sure how a drone race works, click here for a run-down of the basics. In short, pilots wear video goggles for first-person-view as they send their drone hurtling round the arena at speeds between 70 and 100mph.